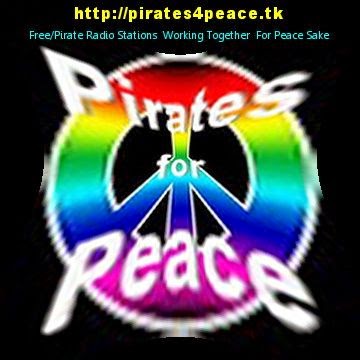 Following our October 28th broadcast three weeks ago, FRS-Holland will again take to the air next Sunday November 18th.

The latter suffered from heavy interference from a legal station on 7600 kHz during the October broadcast.

Our next full broadcast will be over the Holiday Season.

And that means we invite you- the listener– to participate.

Forward your very own personal Season's Greetings to the Free Radio Service Holland and we will make sure it’ll be read out during our broadcast.

You can dedicate your greetings to friends etc.

Of course the easy & quick way is by sending an e-mail to <frs@frsholland.nl >.

You can add something special to our December
broadcast by participating.

So….don't hesitate and take part in the FRS Seasonal Party that day.

It'll be great fun. Make sure your contribution  reaches us in time....before December 9th.  We are looking forward hearing from you !!! Tune in December...it'll be worth while!!! Go and tell your friends...

Pxs will be presented by Jan van Dijk doing the German show. Dave Scott will be playing classic rock and has a few interesting radio related items.

We are very happy that Roger Davis (Britain Radio Int.)  has joined the FRS ranks.

He will be hosting his debut show....it'll be another classic FRS Golden Show with great (and rare!) 60s/ 70s stuff as well as a feature on a landbased
pirate radio station from years gone by.

Peter Verbruggen will look back to what happened in the past (Day Calendar) en plays a mix of 80s/90s/00s records in FRS Magazine.

He will also host FRS Goes DX with the latest news from the wonderful world of wireless .

During the programmes we will read out October mail and Season's Greetings.

There also is the Phrase that Pays’. FRS will most likely commence at

Very soon we will inform you about the definitive date: December 23rd or December 30th....


a Balance between Music & Information joined to one Format....FRS-Holland
POBox 2702
6049 ZG Herten
The Netherlands

Info Via FRS Holland
Posted by Irish Paul at 22:58